Thank you to all the entrants for the SCPT Easter Quiz. The Quiz was designed as a fun fundraiser but, disappointingly, only attracted 35 entrants who contributed 109 entries. Happily we had generous sponsorship from Haslemere Festival and Ecclesiastical Insurance.

The results were finalised on 31st December.

The Financial Forecasts were very difficult. For the FTSE 100 Index the most optimistic forecast was 8436 and the most pessimistic 5988. Only one entrant was within 50 points of the final position (which finished at 7542). Six others were within 100 points

Base Rate was much easier with 24 entrants correctly forecasting 0.75.

The winner of the Financial Forecast was a Mr F of SE23 who gets a magnum of Champagne.

7 entrants correctly forecast Liverpool would be heading the Premier League on 31st December. Both Manchester City and Tottenham were popular choices.

Nobody guessed that the Derby winner would start at No 1.

Nobody guessed that Cricket and Ben Stokes would win the BBC Sports Personality of the year award. Football and Rugby were the most forecast followed by Boxing and Formula 1.

Only one person guessed that South Africa would win the Rugby World Cup and four that Essex would win the County Cricket Championship.

Finally, 5 entrants forecast that Surrey Churches Preservation trust would make grants of £10,000 in 2019 to needy churches in Surrey.

The winner with most Forecasts correct was a Ms K of GU16 who gets a Case of Claret and a Crystal Ball.

The prizes for the first three entries drawn go to:

Thanks very much to all our entrants and best wishes for 2020.
Hamish Donaldson (Chairman) 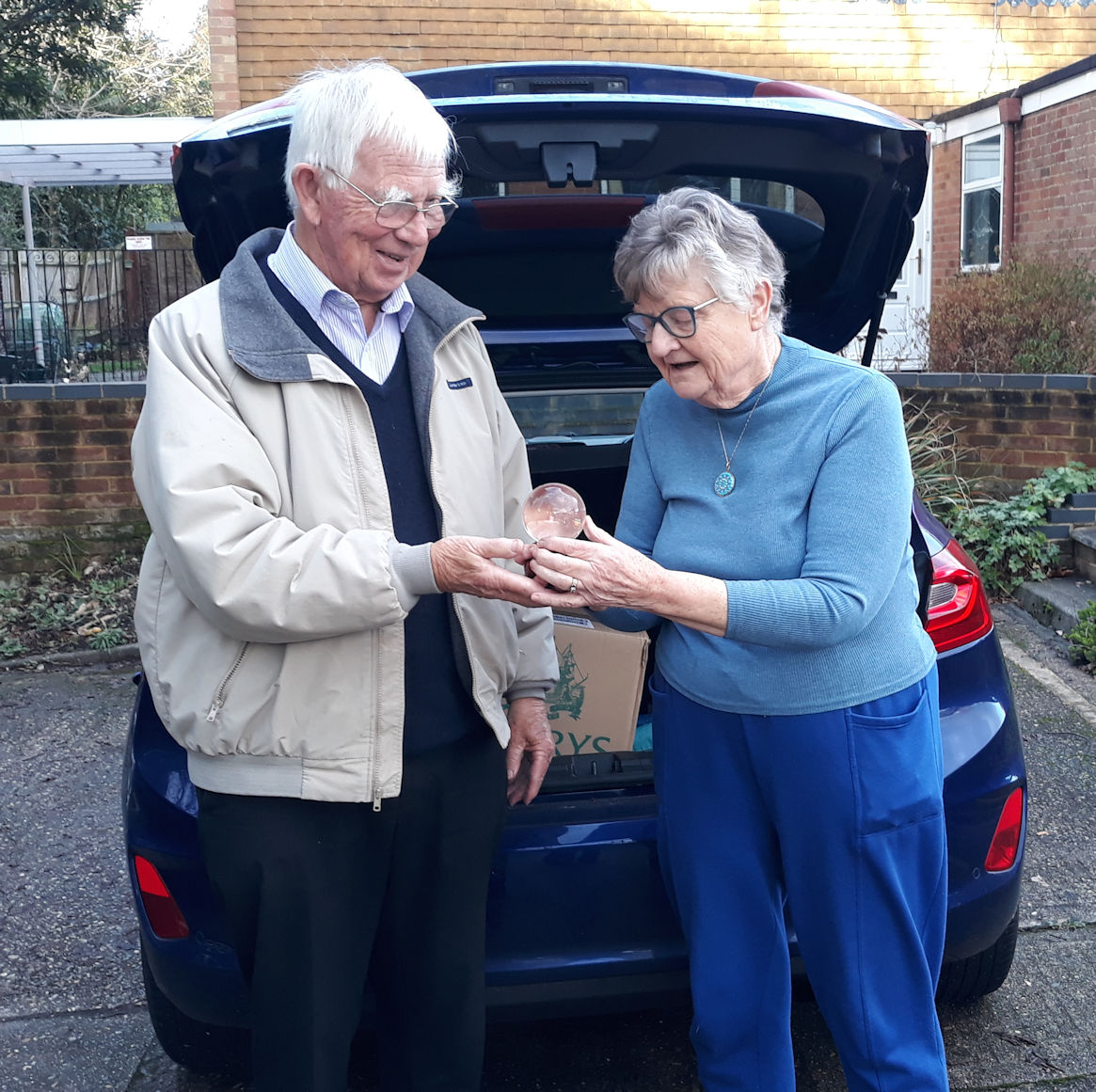 The Chairman presenting Mrs K with her Crystal Ball.